WWETB delivers programmes from levels 1 to 6 on the National Framework Of Qualifications (hold ctrl and scroll to enlarge graphic): 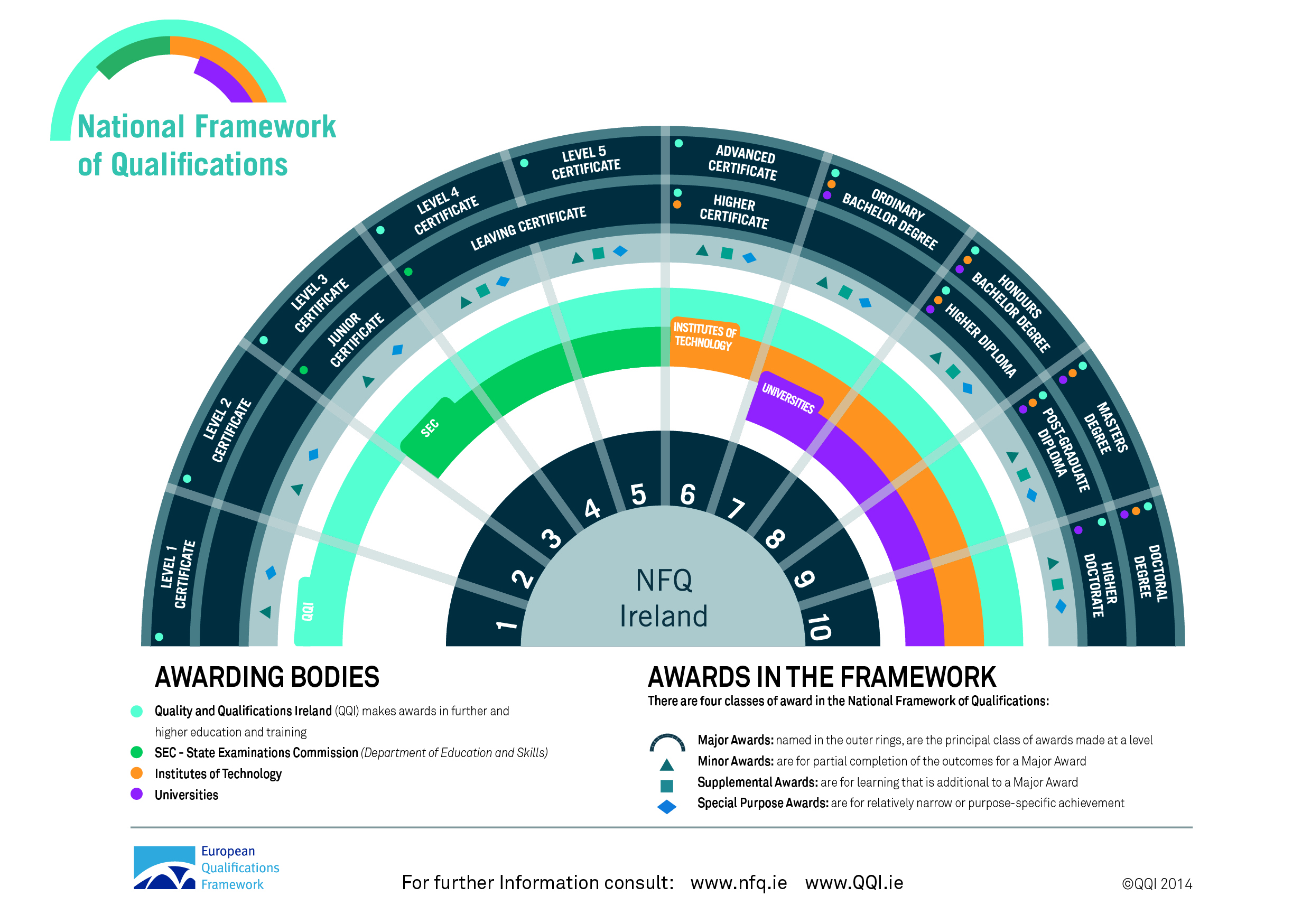 The National Framework of Qualifications (NFQ) is a ten-level system (1–10) giving an academic or vocational value to qualifications obtained in Ireland.

NFQ levels help to indicate how an award can be used for training, education and employment opportunities (see fan diagram above).

Each level is based on nationally agreed standards of what a learner is expected to know and be able to do after receiving an award.

QQI is Ireland’s guardian of the NFQ system. They are responsible for the quality assurance of providers of education and training. They also have responsibility for the validation of qualifications and also make some awards themselves.

NFQ is linked to similar frameworks in Europe. This helps people considering employment or study opportunities outside Ireland.

There are two qualifications frameworks at European level:

QQI offers a free Qualifications Recognition Advice Service for those seeking guidance on the academic recognition of awards obtained outside the Irish system. We have also developed a system for professional bodies to have their awards recognised in the NFQ.

The standards of knowledge, skill and competence which a learner should have achieved at the conclusion of a programme of study are outlined for each level on pages 16 and 17 of the document below:

Determinations for the outline National Framework of Qualifications