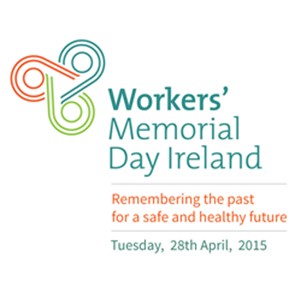 For everyone with an interest in the safety, health and welfare of people at work, April 28th is an important date.  It’s the date every year when trade union and employer groups worldwide, as well as individual organisations, remember those who have been killed or injured in work-related accidents.

In Ireland the figures are staggering. In the 5 year period between 2010 and 2014, 253 people have been killed in work-related accidents and many thousands more badly injured.  Last year (2014) alone 56 people were killed in Ireland.

Worker safety and health is everyone’s business and can only be tackled through a collaborative approach. April 28th presents an important opportunity to remember and to consolidate everyone’s focus around a single day.