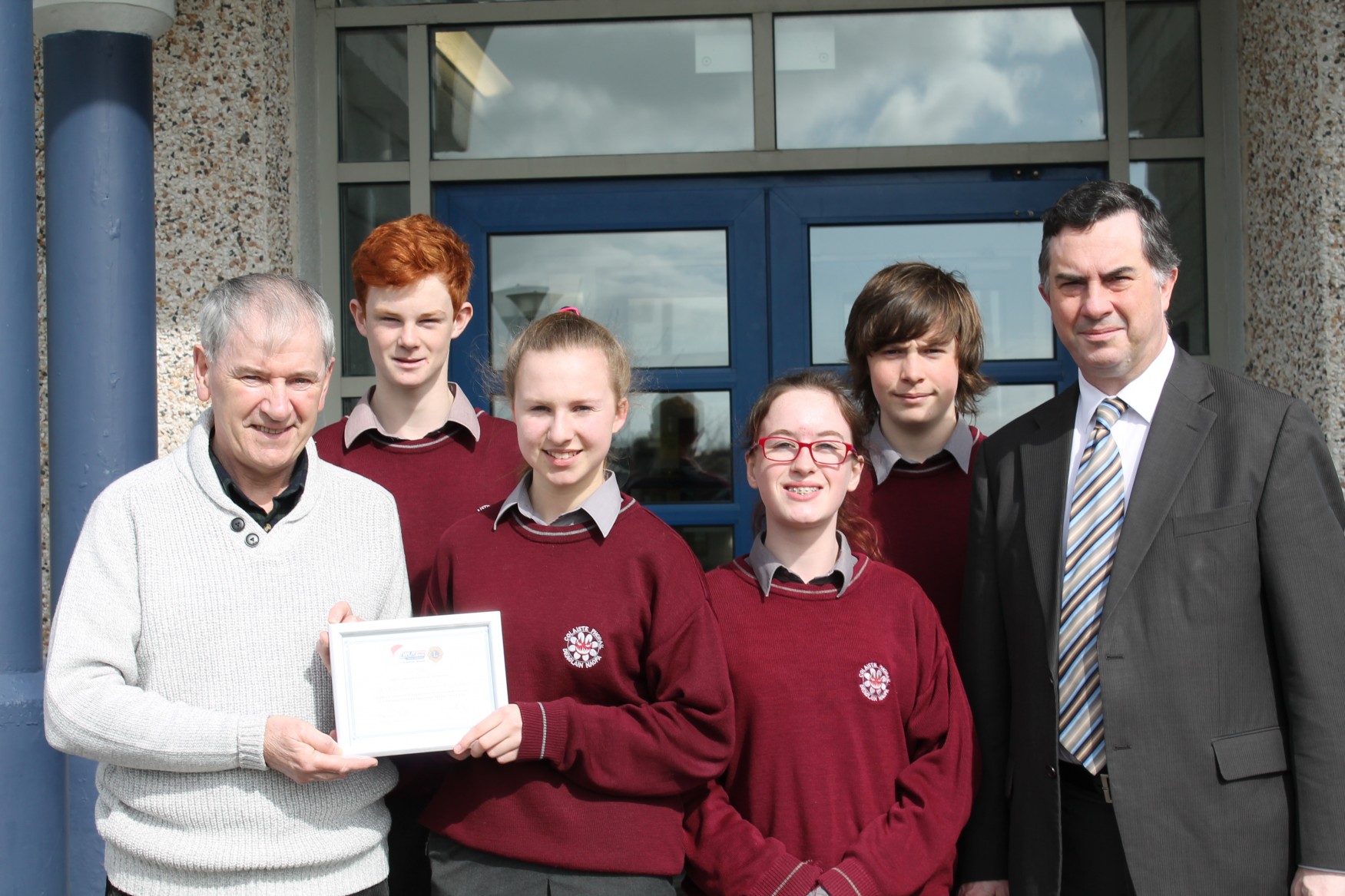 A representative from the Dungarvan Lyons Club visited St. Declan’s Community College on Thursday 26th March. He presented the school with a certificate for our participation in the Lyons Club Christmas hamper appeal.

The certificate was accepted by some of the students from the 3M class. They organised a non-uniform day to raise the money. The total amount raised on the day was €832 euro. The Class divided the money between South East Simon, who received €417 euro and The Lyons Club Christmas Hamper appeal, who received €415 euro.

Blue Day
The C.O.S.I. team organised a “Blue Day” on Wednesday 25th March. Everyone was asked to wear blue for an Autism Awareness Day.
The money collected will go towards a Sensory Room in the ASD unit at St. Declan’s Community College.